In addition, the nearly completed $1.2 billion light rail system that runs along Central Avenue will have a station stop directly in front of the property. Providing a generous parking ratio of 3.7 spaces per 1,000 square feet, the property offers ample parking with a nine-level, 1,464-space parking garage and an additional 28-space surface lot.

Central Plaza is an approximately 405,000-square-foot, Class A office complex in the Central Avenue Corridor of Phoenix, Arizona. The property is comprised of a 20-story office tower, three two-story office buildings, a single-story office building and a nine-level parking garage. Built in 1980 on approximately six acres of land, Central Plaza offers convenient transportation amenities, including access to major freeways and Phoenix Sky Harbor International Airport. In addition, the nearly completed $1.2 billion light rail system that runs along Central Avenue will have a station stop directly in front of the property. Providing a generous parking ratio of 3.7 spaces per 1,000 square feet, the property offers ample parking with a nine-level, 1,464-space parking garage and an additional 28-space surface lot. Central Plaza is 93 percent leased to numerous tenants, including the United States Internal Revenue Service, Phoenix International School of Law, Go Daddy Software, and Maricopa County. 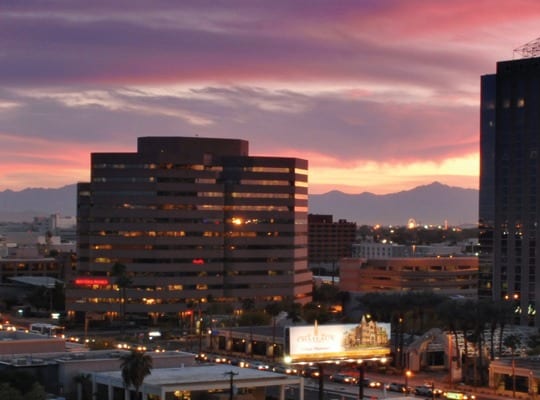 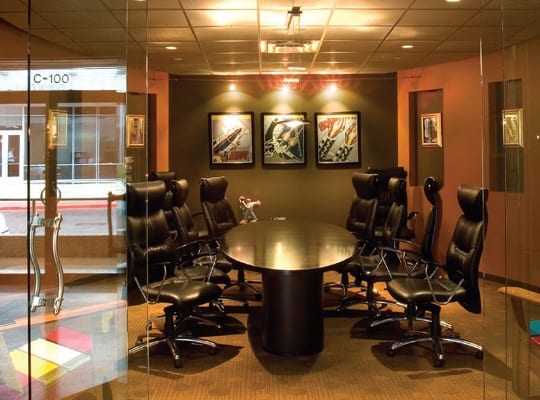 The IRS is a bureau of the Department of Treasury and one of the world’s most efficient tax administrators. In 2004, the IRS collected more than $2 trillion in revenue and processed more than 224 million tax returns.

The IRS is not expected to commence until January 2009 and, therefore, the IRS rent payments have not commenced. However, the seller will provide a rent subsidy for the IRS from the close of escrow until the projected commencement date.

The Phoenix School of Law opened in January 2005, and received provisional approval from the American Bar Association on June 11, 2007. According to  the ABA, “A school that is provisionally approved is entitled to all the rights of a fully approved law school.

Similarly, graduates of provisionally approved law schools are entitled to the same recognition that is accorded graduates of fully approved Schools.” It is the only law school in Arizona that offers part-time and evening degree programs.

Option to terminate effective on the last day of the 72nd month of the lease term (September 24, 2012) with notice by the end of the 63rd month of the lease term (December 24, 2011) and payment three months basic rent ($333,043.65) plus unamortized leasing costs at ten percent (50 percent payable on notice date and 50 percent payable on termination date).

Incorporated as a city in 1881, Phoenix is the capital and most populous city in the state of Arizona. The prehistoric Hohokam Indians first settled the area about 300 B.C. and dug a system of extensive irrigation canals for farming. Because the city was founded on the ruins of the ancient civilization, it was named Phoenix after the legendary bird that could regenerate itself. In the last two decades, the economy has diversified as rapidly as the population has grown. Many residents in the area are employed by the government as well as Arizona State University, which has enhanced the area’s population through education and its growing research capabilities. Numerous high-tech and telecommunications companies have recently relocated to the area.

Triple Net Properties, LLC has time-tested experience in real estate syndications, acquisitions, leasing and property management. Triple Net currently manages a growing portfolio of over 39 million square feet of real estate in 29 states valued in excess of $5.4 billion. Although past performance is no guarantee of future results, Triple Net Properties, LLC has an unparalleled track record and has acquired 293 properties to date. Triple Net and affiliates have sold 107 properties for more than $2.5 billion since 2000.