Palm Valley La Piazza is a family oriented retail center located in the rapidly growing city of Goodyear, a few blocks north of I-10 and just 20 minutes west of downtown Phoenix. The property consists of two buildings built in 2004 and is situated on a 4.9-acre site within the new master-planned community of Palm Valley.

La Piazza is strategically located in the thriving retail corridor of McDowell and Litchfield Roads. The property boasts 228 parking spaces (100 spaces more than are required) and current rents which are significantly below neighboring properties and other similar retail centers.

The Metropolitan Phoenix retail market continues to be fueled by the area’s high population, employment, and income growth. Metropolitan Phoenix is one of the most active markets in the country for retail construction due to the increasing demand for space by new retailers following the construction of new housing and transportation corridors. Retailers are benefiting by the metro area’s continued population growth and strong economic growth that increases disposable spending. According to the 3rd quarter 2007 survey by CB Richard Ellis Information Services, the retail market grew to over 132 million square feet in 962 shopping centers through September of 2007.

The data indicates an average growth of over 4.154 million square feet per year over the past 10 full years. From the end of 2006 to the 3rd quarter of this year there has already been a jump of almost 6million square feet of inventory. Absorption has averaged over 6,000,000 square feet three out of the last four years. As a result, the metropolitan vacancy improved from 7.53% in 1997 to its third quarter 2007 level of 5.80%.

Nelson Bros. believes La Piazza presents two main opportunities for growth. First, the unique setting of the property off of the street allows La Piazza to offer retail and office space in a high demand community and provide exceptional parking (100 spaces more than required) at significantly discounted rental rates. This type of property is very attractive to the right kind of destination tenant. Tenants whose business models based on the attributes of the community, high income, proximity, and repeat clientele would be exceptional for La Piazza.

Nelson Bros. also believes La Piazza is well positioned to compete for retail front office space in a higher dollar per square foot range than tenants are currently paying. Given the right tenants and opportunities, Nelson Bros believes this to be a second viable option to increase income and create value in the property. 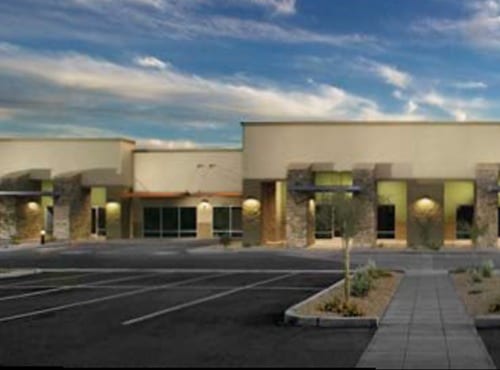 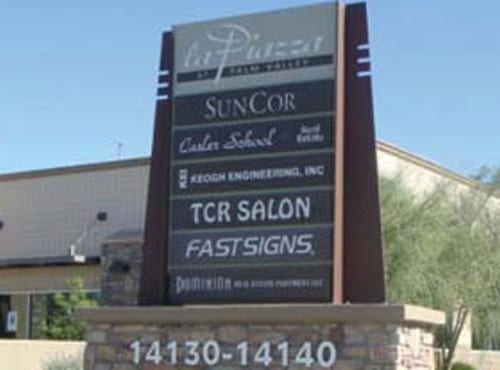 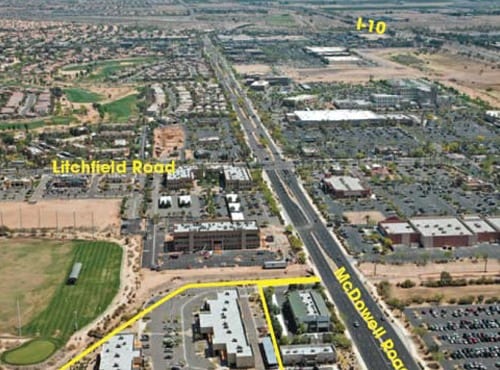 The State of Arizona is projected to gain over 800,157 new residents over the next five years, or almost 160,100 residents per year. Of this amount, approximately 71% (567,727 total) of the forecast growth is projected to occur in the Phoenix-Mesa MSA. Water availability and employment issues are driving this growth in the Phoenix area, where approximately 65% of the state’s inhabitants currently reside.

The West Phoenix Submarket (which includes Goodyear) has one of the best overall retail vacancy rates at 4.3 percent. Strip retail statistics for the West Phoenix submarket indicate a 4.5 percent vacancy rate among 52 properties quoted. Litchfield Road and McDowell Road serve as the dominant shopping corridors for the trade area that includes portions of Goodyear, Avondale, Litchfield Park and other communities. La Piazza is well-located on McDowell Road one block west of the intersection of McDowell and Litchfield in the heart of the highly successful Palm Valley master-planned community.

La Piazza is located diagonally across the street from Target and Best Buy power centers where rents are currently more than 50 percent higher than La Piazza. La Piazza is currently 100% leased to 13 local and regional tenants. The 2007 Estimated Average Household Income is $97,964, $81,867 and $75,629 within one, three and five mile radii respectively making the location very attractive to small entrepreneur type retail and office tenants.

Located primarily within the city of Goodyear with portions in the neighboring municipalities of Litchfield Park and Avondale-Palm Valley includes single and multi-family housing, retail centers, office parks, and light-industrial space, along with schools, a medical campus, golf courses, and many other community amenities.

Census figures show that the population of Goodyear increased by 142.9% from 2000 to 2007. Growth continues to be strong, with a projected 41,000 in population growth within a five mile radius of La Piazza.

Founded in 2007, Nelson Brothers specializes in what the firm considers to be well-positioned student housing properties. Headquartered in Orange County, CA, Nelson Brothers manages over $500 million in real estate with more than 100 employees.